The Alberta government won't renew the terms of any University of Calgary's board of governors until they reapply and go through a proper recruitment process.

"It is of course true that we are looking at all of our appointments to our boards at post-secondaries across the sector," said Schmidt.

Schmidt tabled a letter he sent to the University of Calgary earlier this month rejecting the reappointment request of three board members and stated no one would be renewed when their term expires, unless under exceptional circumstances.

The board members are not denied forever, as they can apply so the government can review the reappointment. 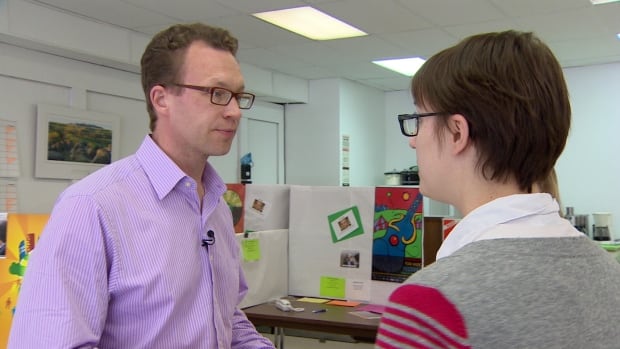 Marlin Schmidt, the advanced education minister, wants an open recruitment process to fill the board at the U of C. (CBC)

"Approximately 80 per cent of our board members on post secondary education boards are men over the age of 65," said Schmidt. "It seems to me that if we are going to have people who reflect the communities that they serve, we would have more women, we would have more from ethnic communities. Those people need to be better represented on the boards."

The move is part of the government's review of all boards and commissions in the province.

Neither the University of Calgary, nor board chair Bonnie DuPont, would comment on the announcement.

Clark wondered whether the NDP government is trying to clear out board members who were appointed by the former PC government.

"My great concern is we will lose a significant amount of institutional knowledge and expertise in running a very large and complex organization," said Clark in an interview.

In November a CBC investigation raised concerns about the university's relationship with pipeline company Enbridge. At that time, Premier Rachel Notley said she was watching the situation.

"We will be monitoring what the ultimate facts of this situation reveal, what the role of the board of governors is, what decisions they take," said Notley. 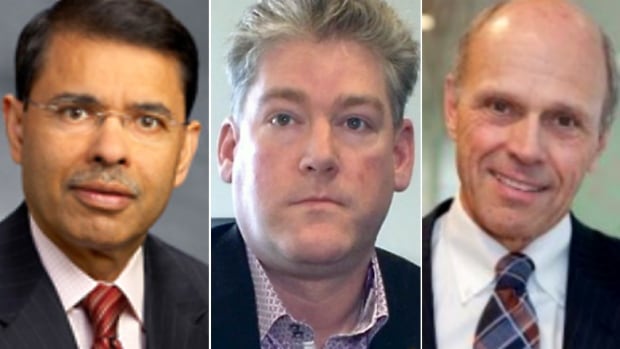 Mark Starratt, Firoz Talakshi and Steve Allan were denied another term on the U of C board of governors. They will have to enter an open competition for the positions. (CBC/ucalgary.ca)

The University of Calgary subsequently launched its own review, which concluded there were no breaches of university policies or procedures in the institution's relationship with Enbridge.

On Thursday, the minister's office said the changeover with the university's board of governors is not connected to what happened with Enbridge.

Sandra Hoenle, the president of the faculty association at the university, wasn't aware of the changes but sees it as a positive.

"It would be a good thing to have some more diversity on the board," said Hoenle in an interview.

"That is nothing against the current board members. I'm sure they're all doing a good job and they have the appropriate skills to do the job, but it seems that most of them have very strong corporate background and connections and I think it would be very beneficial to the institution if there were people from other areas of society."