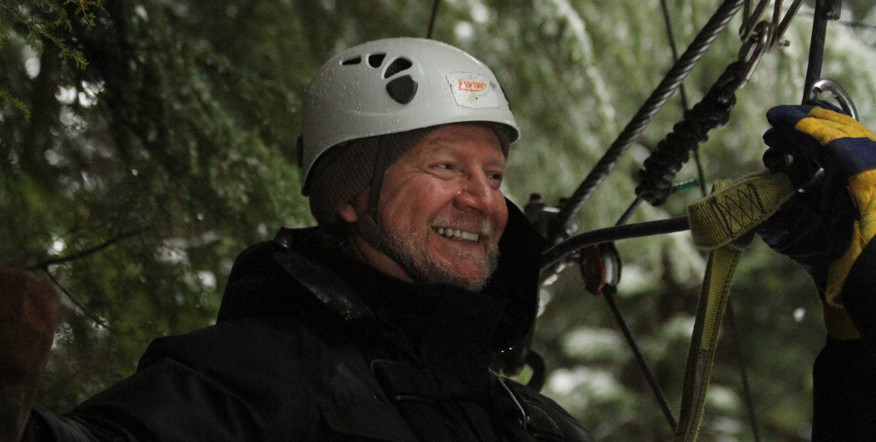 To honour the memory of Charles E. Brooks as an outstanding community-minded citizen, United Way/Centraide Windsor-Essex County created the Charles E. Brooks Labour Community Service Award, which is presented annually by the Windsor District Labour Council in recognition of outstanding contributions in the area of volunteer community service (more info about Charles Brooks below).

WUFA is proud to announce that Brian E. Brown, School of Creative Arts, has been named the 2016 recipient of the Charles E. Brooks Award. Brian has gone above and beyond to make a difference in Windsor and Essex County.  In accordance with the Award criteria, Brian has:

Brian will be presented with a unique gold signet ring and an award plaque during the Charles Brooks Labour Appreciation Dinner, which will be held at the Caboto Club on Friday, November 18 at 6:00pm.  For more information, please contact Maureen Curtis at mcurtis@weareunited.com or 519-258-0000 x1184.

Congratulations Brian, from Jeff Noonan and the WUFA Executive Committee.

Born in 1915, Charles Brooks grew up and spent his formative years during the dark years of the Great Depression in Windsor. Those challenging days led him to his total involvement in the Trade Union movement.  Charlie was elected President of CAW Local 444 at its inception in 1956.  He served in that capacity for 21 years guiding Local 444 into one of the largest union locals in Canada.

An outstanding Trade Union Leader, Charlie recognized the need for total involvement in the community, lending his influence and support to many worthwhile community projects.  Charlie was a strong supporter of United Way, by personal example helping raise labour participation to a level unmatched elsewhere in the country.