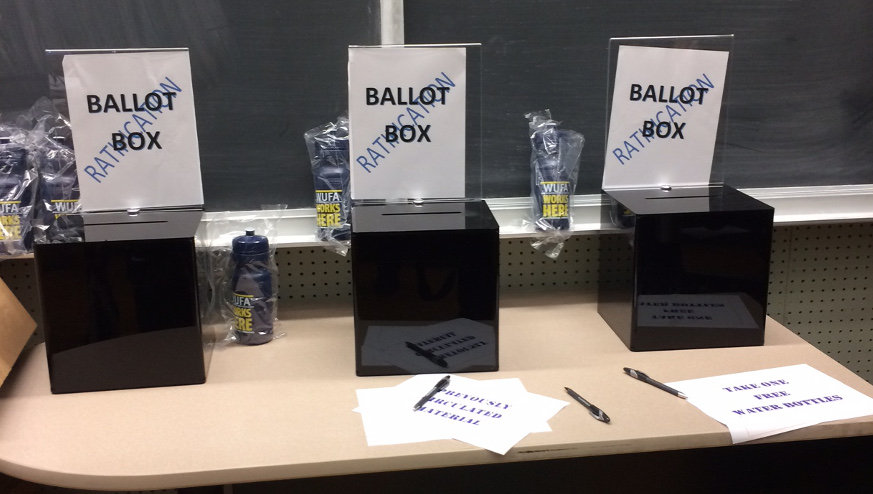 To all WUFA bargaining unit members:

The WUFA Ratification vote was held on September 19 and the results are as follows: 93% in favour

The Board of Governors ratified the Agreement on September 20. Appointment letters will be finalized and sent out soon.

A big thank you to the Negotiating Team, Contract Committee, and all the other Committees and members that supported this round of negotiations.  We’d also like to thank the Administration’s bargaining team for working with WUFA to achieve a successful 4-year contract.