Article and Photos from CBC News

The school's chief of staff, Alex Freedman, said Shawn Frappier of the human resources department has been asked to look into several complaints. 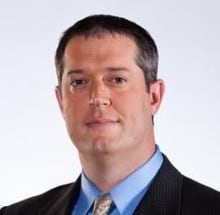 Michael Persinger made headlines last week after CBC News revealed he was removed from teaching a first year psychology class because he asked students to sign a profane language waiver. The story sparked a nation-wide debate about freedom of speech, and a petition to re-instate him as the professor of the course is circulating on campus.

But the story also elicited new complaints about Persinger.

Freedman said, for confidentiality reasons, he would not elaborate on the nature of the issues being raised.

"We're treating each and every one of them with the utmost seriousness and we're going to be speaking with all complainants," he said, adding each case will be protected under the university's confidentiality policies.

"Our message is that if any student at any point has any concern about anything that may have happened in there, we would encourage them to come forward and let us know what's going on."

"If students feel they've been treated inappropriately, we need to make sure that their cases and concerns are treated appropriately," Freedman said.