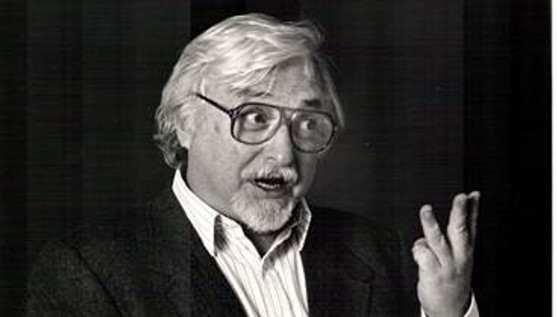 WUFA members are saddened to hear that former WUFA President (1985) and Philosophy professor, Robert Pinto, passed away on September 3, 2019. Bob taught at the University of Windsor for over 30 years. WUFA extends its sincerest condolences to Bob's family and friends. Please read Laura Pinto's Facebook post, an obituary for her father.

Sad news to share - last night we lost #TheRealPinto. He left the world very peacefully and we'll miss his wit, ideas, and courage. Here are some thoughts on behalf of my mother and me. A proper celebration of his life will follow in a couple of months or so.

Born and raised in Hartford, CT, Bob graduated from Hartford Public High School where he was voted Class Wit and Best Actor. “Never without that contagious grin or glowing enthusiasm,” the Yearbook editors wrote, “Bob puts his rare wit to many uses. Hartford High’s Edgar Bergen loves the liberty of free speech and exercises his privilege in the many organizations that have benefitted by his good ideas and merry presence.” Bob ended his high school career with a prestigious Regional Scholarship to Wesleyan College, eventually graduating from St. Michael’s College at the University of Toronto where he excelled in the study of philosophy. When reminiscing about that period of his life, Bob characterized himself a beatnik, publishing poetry regularly in the Gryphon. He went on to earn an MA and a PhD in philosophy.

In 1963, Bob joined the Philosophy Department at what is now the University of Windsor and remained a core faculty member until 1999 when he retired with emeritus status. He was an “Informal Logician” who focused on Argumentation Theory, with interest in the nature of reasons; uses of argument; propositional attitudes; and the concept of truth. From the 1980s onwards, he made many contributions to the study of argumentation, and stated that “the appreciation of critical practice” was his work’s theme. He coined the phrase, “argument is an invitation to inference” in 2001.

As a university teacher, he is fondly remembered for his commitment to students, theatrical flair and humour. Upon his retirement a student wrote, “While I can barely remember some of my graduate school teachers, I remember Pinto like it was yesterday (even though it was 29 years ago). This is because he is a flesh and blood character, and not, as Kierkegaard would say, a ‘broomstick’… Pinto is one of the funniest professors I have ever had. He could get you laughing regardless of how down in the dumps you might be feeling.”

Bob’s favorite quote was Plato’s “courage is a kind of salvation.” That he related so strongly to Plato’s conception of courage is salient to his character. In Platonic terms, courage is the virtue of the spiritedness of the soul. Bob viewed courage as a means to temperance, and as an important antecedent to rationality.

The last year of his life called on Bob to display courage, shedding light on the immense problems with long-term care in the province resulting from the push for profits over people. At the same time that the facility selected for him live out his final days in dignity took in $1.1 billion in revenue, paid its CEO $3.9 million, and issued $47 million in shareholder dividends, they were cited for non-compliance by the government for short-staffing, failing to protect residents from assault, and a host of other violations. As those close to Bob knew, despite tireless advocacy at the local level, appalling abuse and neglect nonetheless occurred.

The situation was reminiscent of the words he famously wrote in his syllabus pertaining to unjust grading practices, “[The instructor] thinks that if you are well-to-do, you should consult a lawyer... If you are not well-to-do, you are well acquainted with injustice and have, of necessity, learned to live with it.”

In the spirit of Bob’s commitment to fighting injustice and his recent experience, the family asks that in lieu of flowers that you contact the Ministry of Health and Long-Term Care and your MPP to demand reform to the system in his name, and consider sending an acerbic letter to the CEO of any for-profit corporation providing long-term care. If these suggestions are (in Bob’s words) “not your style,” then take some time to enjoy Bob’s written work (#TheRealPinto) and take up his lifelong “invitation to inference” by engaging in meaningful argumentation with a friend, loved one, or colleague.

Bob is survived by wife Brone and daughter Laura (Adam), and predeceased by his son, Rob and his sisters Carol and Andrea.