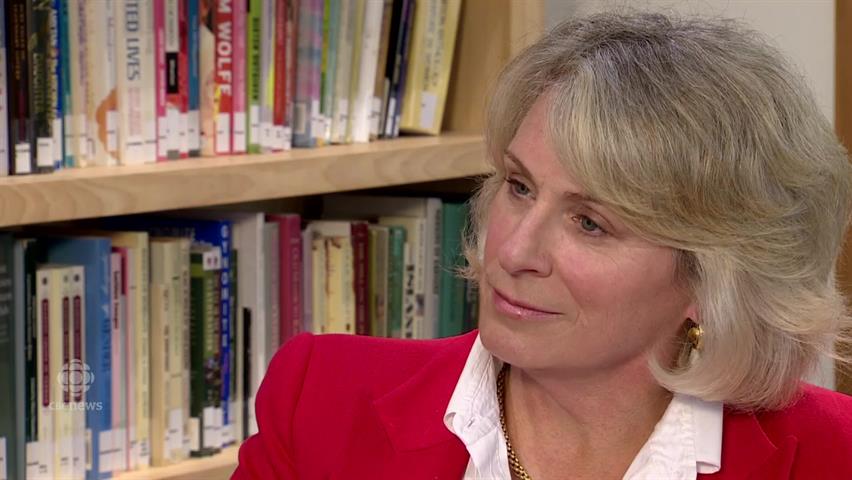 Both Enbridge and the University of Calgary deny the company exerted any influence over the mandate and operations of an Enbridge-sponsored research centre at the post-secondary institution, despite emails that suggest the contrary.

A CBC investigation into the Enbridge Centre for Corporate Sustainability shows the pipeline company offered its opinion on many facets of the centre, including staffing, board membership and student awards. It also brought in its own communications agency to take care of advertisements, speech writing and other tasks for the centre, which was part of the Haskayne School of Business.

Several academics, contacted by the CBC, have charged that Enbridge had too much control over the centre's mandate and operations.

Enbridge denies it had any power over the centre, which was part of an initial $2.5 million sponsorship and bore the company's name between 2012 and 2014, and said these opinions should not be taken as fact.

"Managing the research and managing the operations of the centre are clearly the responsibility of the university," he said. "We've understood that from day one."

For its part, the university also said that while it listened to advice from Enbridge, it was responsible for all the decision making.

Some of those decisions include reaching out to a university in northern British Columbia and in Michigan to see if they wanted to partner with the U of C's new Enbridge Centre.

It does not appear in the documents that the U of C considered partnerships with any other universities except for the two that Enbridge had suggested. 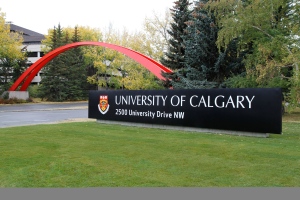 The U of C partnered with Enbridge to launch the Enbridge Centre for Corporate Sustainability in March of 2012. (University of Calgary )

For critics of the arrangement, the issue here was that Enbridge was in the midst of a huge public relations exercise in Michigan after one of its pipelines ruptured and spilled oil there 2010. The company also has an office in northern B.C. where it is proposing the Northern Gateway pipeline project.

Of the two suggested universities, only the one in Michigan agreed to be a partner.

Despite concerns raised by academics, the president of the U of C says the partnership with an institution in Michigan probably made sense, considering the magnitude of the oil spill in the state.

"I think from that there's a lot of learning that can be done and what better place to have those learnings on business processes, decision making and so on, than our business school," Elizabeth Cannon said in an interview with CBC.

She said she does not know the circumstances about how the partnership with Central Michigan University came to be, or whether there was any academic benefit from it in the end.

Cannon did receive the same documents obtained by the CBC, which chronicle how Enbridge expected the U of C would go ahead with the partnership with Central Michigan, despite concerns being raised by the centre's director at the time, Joe Arvai.

Both Enbridge and the U of C agree the Enbridge Centre got off to a rocky start. It went through several different directors and its launch was postponed several times.

Cannon says the university has made changes in how it works with external partners based on its experience with the Enbridge Centre.

Cannon says those changes include writing down what the expectations are and being accountable.

"You also need to make sure you have the right leadership. That you've got stable directorship, in this case, to make sure that someone is responsible day-to-day to carry out the duties of the centre," said Cannon.

"Could the former dean have been a better communicator? Could he have been more transparent? Those are some of the learnings we have in the discussions that we have with our academic leaders."